The Most Popular Books of the 21st Century

In a world becoming more and more digital, literary means are constantly changing. Data journalism, news apps, and blogs are taking over traditional pen and paper. Likewise, the development of Kindles and eBooks are slowly but surely making common books redundant. As a society, our tastes in novels vary from moment to moment. Despite technology keeping the art of reading alive, albeit, in unconventional forms, it does nothing to prevent the inherent need for constant new material. According to Markplace.org, “Goldfish have longer attention spans than Americans” as a result of social media and digital technologies. Binge-watching and series publishing has become the norm. The world has never changed so much so quickly as it has done in the past twenty years. Literary preferences have similarly altered greatly, both due to social and cultural developments as well as technology. So what are the most popular books of the 21st century?

The romanticism of the 18th century led to the creation of Robinson Crusoe and Gulliver’s Travels. The 19th century brought literary realism and the likes of Middlemarch and Jane Eyre. This vastly changed during the 20th century as a result of the war. Novels became a method of escape for everyday people, resulting in The Hobbit and The Great Gatsby.

To examine the most commonly read novels of the 21st century, the following data set was used; Google Books Data Set. After cleaning the data and reducing it to the necessary columns, 400 books remained. All of these were examined based on their genre, average rating, amount of reviews, and the number of pages. Both the original and the used data set are here.

There is a range of genres present, from crime to science fiction as well as a wide variance in book-length. The shortest was 25 pages and the longest over 1700 pages, as can be seen in Figure 1. The platform used to visualise this data set was Flourish. This data visualisation studio provides a variety of templates and graphs to efficiently show data. It also gives multiple text and colour options to make the information more visible and accessible to the reader. It’s an infinitely customisable tool that allows the straight forward portrayal of data in order to accurately determine the most popular books of the 21st century.

The first trend examined was the relationship between the novel’s length and genre. These two variables are most crucial to the research question posed and all following visualisations depend on them; seen in Figure 2. On average, the longest genre examined was Fantasy, followed by Fiction and Classics. The shortest books were Comics, followed by Biographies and Crime. The average genre book-length was 844 pages.

Figure 3 compares novel-length to the average rating out of 5 that each novel received. Shorter novels had multiple medium-to-high ratings, whereas longer novels, although having far fewer reviewers, scored 4.5+ ratings constantly. While the results could be outliers, it is far more likely that these reviewers are die-hard fans who willingly tackle longer novels.

Branching out from this, Figure 4 compared average ratings to the number of reviews (blue) and the number of pages (yellow). Though shorter novels received far more reviews and are clearly the most popular, it was novels with 1000+ pages that rated better as a whole. This further proves the bibliophile theory. The most commonly received rating was 4/5, and interestingly, none of the 400 novels examined received a rating below 3/5.

Similar to Figure 3, Figure 5 compared the average ratings of the data set’s books to their genre. The genre with the highest ratings is Fantasy, concurring with the results of both Figure 2 and Figure 3. Fantasy was the longest genre and received the best ratings. It was closely followed by Fiction and Comics as the highest rating genre. The worst scoring novels were Classics, Mysteries, and Children’s books. The latter could be applied to a limitation of the data set, however, given how unlikely it is that young children are rating novels in Google Books.

Once more, the data set’s rating was compared to both the number of reviews as well as the genre. This relationship is visible in Figure 6. The most reviewed books were Fiction, Comics, and Fantasy. Based on previous figures, these answers could be attributed to novel length. Comics; the shortest genre examined, would have more readers and therefore more reviews. Fantasies are far longer but mainly read by bookworms. The length of Fiction novels on the other hand forms a happy medium in the middle. The least reviewed were Biography, Crime, and Children, though once again, the latter could be a result of a limited data set.

So, what are the most popular kinds of books in the 21st century? According to the visualisations of this data set, the answers are as follows:

From romanticism to literary realism to escapism, the 21st century has brought with it its own novel trends. From the ending of Harry Potter to the beginning of The Hunger Games, the favourite genre’s change with the current social and cultural climates. Escapism has become more prevalent than ever; the Divergent trilogy replacing 1984 as the imminent dystopian instruction manual. As well as this, both the A Games of Thrones saga and Twilight series provide much-needed ignorance of the real world. Freedom of speech is tolerated more than ever before, allowing novels such as The Da Vinci Code and The Handmaid’s Tale.

Although shorter length books being preferred in the 21st century and Fantasy remaining the most popular genre, never-before-seen types of novels are beginning to surge in popularity. Thrillers such as The Girl With The Dragon Tattoo are replacing the less common Mysteries and Crime. And despite the fact people read fewer Children’s books, there are more interactive alternatives emerging, such as digital storytelling.

The art of reading is not dead, it’s merely evolved. The 21st century brings with it new possibilities for literature and digital substitutes. Storytelling has emerged in social media apps such as Snapchat and Instagram. The most popular books so far are shorter than their predecessors due to the desire for quicker, newer, and better material. This results in electronic literature becoming more and more common. Fantasy, the most popular genre, has affected other forms of media as well. Many popular TV shows and movies are based on much-loved novels, such as The Witcher, Good Omens, and The Chronicles of Narnia. Whereas books in the 18th, 19th and 20th centuries were stand-alone forms of entertainment, modern technology has blurred the line between reading and watching.

As times change, traditional books will fade from society more and more, but they’ll still leave a lasting impression. As Classics die out, new Classics form to take their place, whether in conventional paperback form or on a tablet or Reader. Its readers of the 21st century that are at the forefront of this change.

Thank you for another great article. just wanted to throw you a big thanks – you and I’ll bookmark it and come back later

First-class information it is without doubt. My teacher has been searching for this tips.

Great writer, Thanks for delivering the outstanding blog. I found it informative. Best regards !!

Thank you for the post on your blog. Do you provide an RSS feed?

thank you for your comment! I’m currently still setting up an RSS feed but it should be up and running soon! 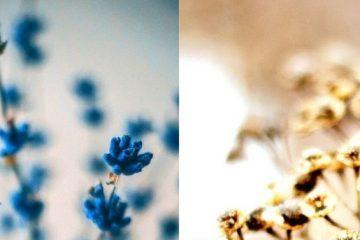 How to Read Shakespearean Plays

Whether you're reading Othello as required reading, or just want to tackle Hamlet by yourself, here's how to read Shakespearean plays! 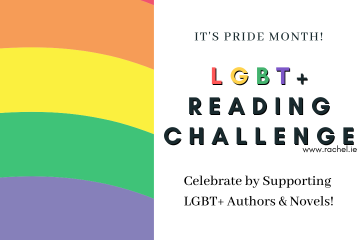