The United States of America has an interesting and sometimes bloody past when it comes to politics. From the Founding Fathers to shocking assassinations to more than a few scandals, numerous novels have been written about presidential life. In honour of U.S. President Joe Biden’s inauguration, here are the top 5 US presidential books!

“Obama brings readers inside the Oval Office and the White House Situation Room, and to Moscow, Cairo, Beijing, and points beyond. We are privy to his thoughts as he assembles his cabinet, wrestles with a global financial crisis, takes the measure of Vladimir Putin, overcomes seemingly insurmountable odds to secure passage of the Affordable Care Act, clashes with generals about U.S. strategy in Afghanistan, tackles Wall Street reform, responds to the devastating Deepwater Horizon blowout, and authorizes Operation Neptune’s Spear, which eventually leads to the death of Osama bin Laden.”

“Who exactly is Bill Clinton, and why was he, of all the brilliant and ambitious men in his generation, the first in his class to reach the White House? Drawing on hundreds of letters, documents, and interviews, David Maraniss explores the evolution of the personality of our forty-second president from his youth in Arkansas to his 1991 announcement that he would run for the nation’s highest office. In this richly textured and balanced biography, Maraniss reveals a complex man full of great flaws and also great talents. First in His Class is, therefore, the definitive book on Bill Clinton.”

“President-elect Joseph R. Biden Jr. has been called both the luckiest man and the unluckiest – fortunate to have sustained a fifty-year political career that reached the White House, but also marked by deep personal losses that he has suffered. Yet even as Biden’s life has been shaped by drama, it has also been powered by a willingness, rare at the top ranks of politics, to confront his shortcomings, errors and reversals of fortune. His trials have forged in him a deep empathy for others in hardship as a result – an essential quality as he addresses a nation at its most dire hour in decades.”

“In 17 on-the-record interviews with Woodward over seven volatile months – an utterly vivid window into Trump’s mind – the president provides a self-portrait that is part denial and part combative interchange mixed with surprising moments of doubt as he glimpses the perils in the presidency and what he calls the ‘dynamite behind every door’. At key decision points, Rage shows how Trump’s responses to the crises of 2020 were rooted in the instincts, habits and style he developed during his first three years as president.”

“For years biographies had gone from idolatry to muckraking in their depictions of this somewhat marbleized Founding Father. As a result, Freeman’s new interpretation was a fresh step, making Washington a living, breathing individual, flawed but heroic. An able commander who defeated the British Empire against incredible odds, Washington proved to be just as adept at wielding political power, and therefore adroitly steered our new loosely called nation through the first stormy years of our unproven federal stewardship and the first two presidential administrations.” 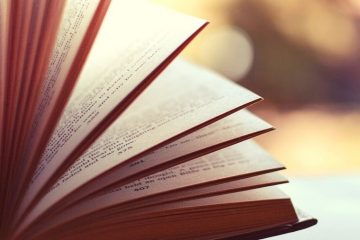 As much as I loathe to admit, paperbacks are a dying breed. But we can still read! Here are the top 5 free must-have apps for book lovers!