“They’re out there; black boys in white suits up before me to commit sex acts in the hall and get it mopped up before I can catch them.”

One of the United State’s most controversial novels of all time.

One Flew Over the Cuckoo’s Nest was Ken Kesey’s first novel and by far his most popular. Published in 1962 while still attending university, it rose to immediate fame. The story examines the human mind, psychotherapy, and outdated psychiatry practices.

This novel has been challenged and banned ever since it’s release by both schools and libraries alike. It’s deemed to be counter-culture; values or movements that go against the norm, or in other words, something that goes against mainstream society. It’s labelled too violent, corrupting to young minds, as well as glorifying criminal behaviour. It even resulted in one teacher being fired for promoting the book.

It tells the story of an Oregon State mental hospital and it’s unique patients. Nurse Ratched runs the ward like a dictator, setting timetables and rules to keep everyone in line. As a result, nobodies happy and everyone wants to rebel. When the charismatic McMurphy arrives, he decides to break down this structure and gets the other patients to help him. From antagonizing Nurse Ratched to setting up fishing trips with prostitutes to smuggling drugs, alcohol, and girls into the psychiatric ward, he fulfils his wish. What he doesn’t count on, however, is Nurse Ratched getting her own revenge.

One Flew Over the Cuckoo’s Nest is one of the most influential novels of the twentieth century and is the cause of much debate even today.

Overall, I’d give Ken Kesey’s One Flew Over the Cuckoo’s Nest a one out of five. Although a staple piece for the counter-culture movement, it’s difficult to read and not always enjoyable.

If you are a school or college student reading this for class, then continue reading. If not, then I’d only recommend this novel to those with an interest in psychological suspense or the history of psychiatry.

“A few miles south of Soledad, the Salinas River drops in close to the hillside bank and runs deep and green. The water is warm too...”

“In my younger and more vulnerable years, my father gave me some advice that I've been turning over in my mind ever since.” 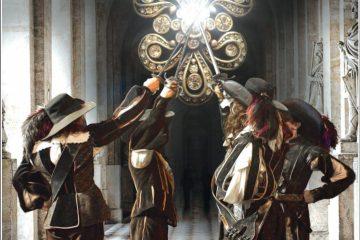