Berlin is an incredible city made up of old and new with 18th-century architecture and the world’s fastest elevator. The capital of Germany, it’s definitely a must-see for any traveller, but there are some things you should know beforehand. Here are 10 things I wish I knew before travelling to Berlin!

Yes, a lot of Germans speak English and yes, Berlin is no exception to this rule. But learning some basic German phrases before you arrive will undoubtedly help you in the long run. You’re a tourist in their country, so the least you can do is say an occasional “hallo” and “danke”. Although most tourism sites have English translations, you will never get to fully experience Berlin until you can embrace their language as well as their culture. It’s also incredibly useful when passing through older areas of the city where English is rarely spoken, and in an emergency, it’s one of the few advantages you’ve got. It will help you feel more connected with Berlin, and will definitely help endear you to the locals.

The city centre of Berlin has been a much-debated topic for centuries. There are twelve separate districts, each with their own history and culture, and each with their own reasons why they should be the centre of Berlin. As a result, you need to research the area you’re staying in before you arrive. Some districts are full of expensive apartments and multistory buildings, while others have farms and forestry. The so-called ‘official’ centre is Mitte, which literally translates as “middle”, however, the geographical centre of Berlin is Kreuzberg. So learn your street’s name and don’t be afraid to ask for directions.

Temperatures in Berlin vary a lot depending on the season. And I mean a lot. During the summer it rises to 24° C/ 75°F, while in winter the temperature drops as low as -2°C / 28°F. The winter months are dark, dull, and full of shuffling figures in grey coats trudging through thick slush. The highlight of this gloomy season, however, is the Christmas market stalls that bring light and warmth to every street. If a lack of daylight isn’t your thing, then visiting Berlin during the summer is your best option. There’s less rain, no snow, and impressive lightning storms. So be mindful of the time of year that you visit and choose what suits you best.

A lot of countries all over the world find graffiti rude and degrading and in some places, it’s even illegal. Berlin, on the other hand, embraces this street art. It’s a sign of life and energy and something fun for passerby’s, rather than something delinquent teenagers are forced to scrub off every Saturday. So take a moment to appreciate it, because a lot of the art tells a story about the unique history of Berlin. It’s an important symbol for the city, that should captivate you rather than repulse.

A common stereotype of the German people is that they’re rude when in reality, they are anything but. German culture is built on honesty and straightforwardness, and it’s only considered rude to lie about what you think. Berlin is at the very heart of this. You may find the people harsh and abrupt during your first few days there, but over time you’ll begin to realise the truth. A lot of Berliners have a unique sense of humour that can appear impolite to foreign tourists when in reality, they mean it as a sarcastic joke. If you break an unwritten rule or act poorly, they’re not afraid to call you out on it, but it’s not meant as an insult, its meant as constructive criticism. So don’t take it to heart, because it’s not personal, its just Berlin.

In today’s ever-changing world, cashless options are becoming more and more popular. When you go to Berlin, however, you’ll find that the opposite is true. Credit cards are rarely accepted outside of tourist stores, so its always a good idea to bring enough cash with you to cover your expenses. If you forget, don’t worry; there’s always an ATM nearby. The only catch is the ridiculously high withdrawal charge. Be prepared, and bring cash.

The public transport system in Germany is unparalleled, and this is no different in its capital city. Whether you take a bus, a tram, or a train, you are guaranteed to be on time. Public transport is also cheaper than a lot of other European cities, and it’s far easier to get around in than using a car. Tickets can be bought at every station, but these tickets have to be validated before you get on the train. Every platform has a small machine that you slide the ticket into for it to be stamped, and if you forgot to do this, you could potentially face huge dines. There are undercover ticket inspectors on a lot of trains and buses that regularly ask to see the validation stamp. Since these inspectors work for a private company that usually pays them commission, they will have zero sympathy if you make a mistake.

Tipping in Berlin isn’t a requirement, but is still very important. Germans value politeness over a lot of things in life, and this is especially true at restaurants. The amount you tip ranges from 5% to 15%, depending on the area of the city you’re in, so 10% gratuity is the safest option. When paying your bill, inform the waiter that you’re tipping them, and then give them the full amount. This is also customary with taxi drivers, by rounding up to the nearest euro. If the service was particularly good, then feel free to add a few euros more, but if the driver was unfriendly or rude, don’t be scared to leave them gratuity-free.

While not as bike-friendly as Amsterdam, Berlin is definitely one of the more populated cities in Europe when it comes to cyclists. Most roads are divided into two sections, one for pedestrians, and one for cyclists. It’s considered very rude for pedestrians to cut across the bike lane, so be sure to stay on the correct side. Cyclists are usually on the left, and pedestrians are often on the right. Some cyclists can get very aggressive if you stray into the wrong lane, and will furiously ring their bell and yell. So pay attention, stick to your side, and don’t stray.

Everything Closes On Sundays

This can be a major shock to those of us living in 24-7 cities, but it’s completely normal in Germany. A lot of stores in Berlin remain shut on Sundays as its seen as a ‘fun day’. Restaurants and bars remain open, however, so you don’t have to worry about eating. Although this set-up is usually for religious reasons in most countries, in Germany going to church isn’t very common. Sundays are seen as a relaxing day to escape consumerism and capital, so embrace it for what it is! Go to the park, have a picnic, and check out local outdoor attractions! When in Berlin… 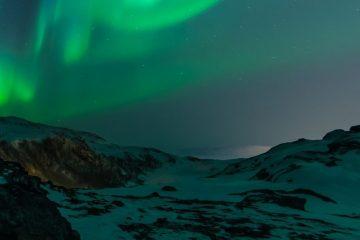 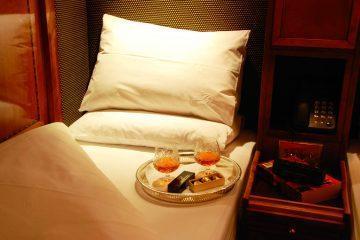 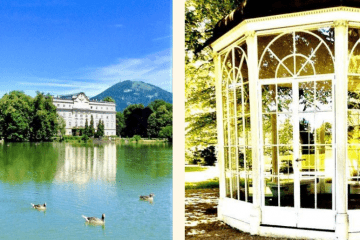 A family favourite, many of The Sound of Music film locations still exist today. The hills are alive with the sound of music; you can be too!